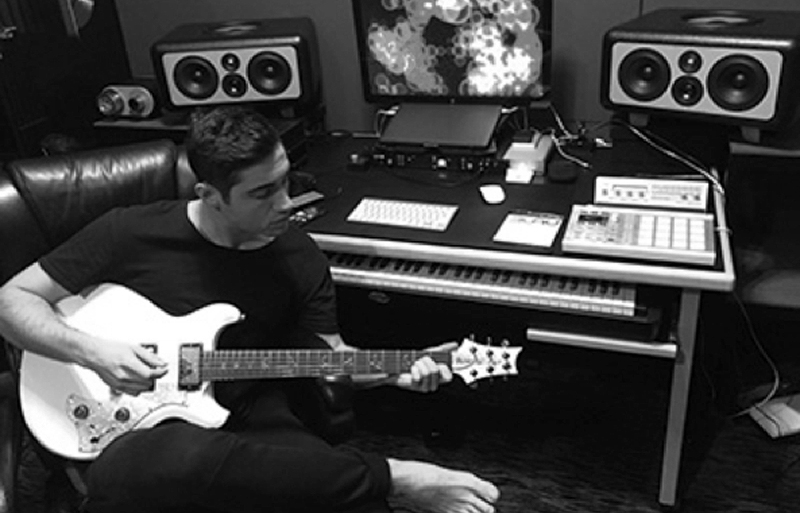 Justin David Blau, better known by his stage name 3LAU (pronounced “blau”), is an American progressive house and electro house producer based in Las Vegas.  Blau grew up in an artistic family, and at an early age was playing piano, guitar and singing. At thirteen he moved with his family to Las Vegas, where he spent the rest of his youth.

In 2012, he focused on DJing and launched his 3LAU Your Mind tour. The Las Vegas Review-Journal described him as “one of America’s fastest-rising DJ-producers.” In 2013, he went on a short tour with Carnage called the Night Riot tour. Jonah Ollman of Sound of Boston wrote about 3LAU’s live performances, “A nice balance of mashups, electro-house, poppy vocal samples, and a 90’s throwback here and there to keep the young 20-something crowd going and constantly entertained.” In the summer of 2015, 3LAU did his first European tour visiting Barcelona, Germany and Ibiza. Later that fall, he went on his first Asian tour, which included Bangkok, Jakarta, and Tokyo. Much of 3LAU’s music incorporates electro house, dubstep and progressive house.  He is known for his melodic take on dance music and live sets that incorporate sampling.  3LAU has worked with Adam Levin at Chuck Levin’s Washington Music Center to curate his production setup, including the selection of the Barefoot MM26s.

I would definitely bring a pair of Barefoots with me, just because they’re very much an essential piece of my music making process.

Barefoot: In 2011, when you were 20 years old, you vacationed in Sweden, where you discovered electronic dance music. Why is Sweden so important to not only electronic music, but also pop music? What’s going on, and how did that affect your life?

3LAU:  Well, I was rooming in college with my best friend Johann, who was Swedish and who grew up in Stockholm. I wanted to travel with him over there. I’d never been to Scandinavia, and I was really excited to go check it out. That’s where my initial discovery of dance music occurred.

I had gone to clubs over there, I had heard the music, and I was so excited about the styles, the new styles that I was hearing, that when I came back to the U.S., I really, really wanted to pursue it. But, at the time, Avichii and some of the big Swedish guys, from Steve Angelo to the whole Swedish House Mafia team, Alesso a little bit later — all those guys were my initial inspirations to start making dance music. Obviously, you know, the Swedes in general are fantastic with music in every way. There are so many fantastic Swedish musicians. All of them were really the reason why I started working around the project in the first place.

Barefoot:  Yes, Sweden has kind a quirky, interesting influence in the world of music, art and film, which I appreciate.

Barefoot:  Beyond the Swedish influence, what other musicians, or genres, or deejays, or musical forms had an impact on your early feelings as an artist?

3LAU:  I grew up listening to classical music, actually a lot of classical music. Then I transitioned into listening to the stuff that my dad was listening to from Led Zeppelin, to Pink Floyd, to Hendrix, and all that stuff.  Then I found my own way and started listening to a lot of post-rock, Radiohead, more experimental rock music. That’s always been my inspiration. In the first place, I wanted to take that kind of music and fuse it with dance music. That was always my dream.

Barefoot:  What is your big challenge today? How are you going to make your signature? It’s a whole new frontier.

3LAU:  It is a challenge. I think just balancing the music making process and playing shows is very difficult, because there’s a lot of demand for me to go and deejay.

The times I spend in the studio and working on new stuff comes few and far between. But, you know, all of that being said, I think in the future, I want to take more time to create some kind of experimental rock music hybrid that hasn’t been done before. That’s my future challenge I’m really excited to start working on it this year.

I basically write, compose, and produce everything that comes out under my name.  I have some background in piano, guitar, I sing, I play the drums, and now of course, I’ve become an engineer. I have always loved to do everything on my own.

Barefoot:  Are you creating and producing material in your studio in Las Vegas, and is that what you want to take out on the road as a deejay?

3LAU:  Well, I’m not quite sure. Right now, obviously in Vegas I’m making all the dance music that I’m playing live.  But in the future, I definitely want to make my performance more of a performance. It’s obviously very difficult to do that right now, but it’s something that I’m going to be working on a lot in the future.

Barefoot:  Can you tell me a little bit about your workplace in your studio? What are the primary pieces of gear? What is the main software you’re using?

3LAU:  The primary pieces of gear are my monitors, the Barefoot monitors. Honestly, they’ve changed my life.  Just being able to mix on these speakers — the precision is insane. They’ve become my studio’s most essential piece.  Then of course, I have a Roland weighted keyboard that I use as my MIDI keyboard.  It’s an electronic keyboard, but the keys are weighted like a real piano. I can really feel like I’m playing a real piano when I’m writing any new music. That’s probably the second most important piece. Then I use Logic and Ableton, and a combination of plug-ins between those two softwares to make everything happen.

Barefoot:  Ableton is a program that you can use easily while you’re on stage, correct?

3LAU:  Yes, and that’s actually how I perform, as well.

Barefoot:  With the Barefoot monitors, are you using the different settings that emulate the sounds of different kinds of monitors?

3LAU:  All the time. That’s one of my favorite features, just being able to switch the sound, but I usually work with them set on Flat.

Then when something is finished, or as I’m finishing something, making final touches, I’ll definitely use the Cube setting, because that’s such a great way to hear how 90% of the population might be listening to your music. Whether it’s off an Apple laptop speaker, or a pair of headphones, it’s always good to hear how things sound in lower quality, and in mono.

Then obviously, I’ll use the Hi-Fi mode to make sure that the bass is sitting right in the mix because a lot of the time, when you hear something on Flat it can sound good, but then when you get on Hi-Fi, the bass is a little bit overwhelming. It’s really good at getting the perfect balance in the mix.

Barefoot:  So you start with the Flat, because that, as some people describe it, is brutal, and accurate, and clear.

Barefoot:  When you’re getting ready to do a big show, and make some big bucks, how do you prepare for that?

3LAU:  I think it depends on the show. But when I’m playing a big festival, I like to introduce a lot of new material. I figure out where that’s going to fit in the performance. Then for a club show, it’s a little bit more of figuring out what the crowd wants, and playing, being mentally prepared to change it up as I go. Before my shows, I’m usually very quiet, and people always ask me, why are you not so pumped up?  It’s because I’m about to be onstage for the next 2 hours.  I really stay pretty quiet and reserved until it’s time to go on, and then I flip that switch on and then I just go kill it as best I can.

Barefoot:  Do you have some sort of an intuition before you let it go like that? Do you listen to what the people are saying? Do you look at them? Is it mystical?

3LAU:  I definitely can see it in their eyes. Whenever I can see the crowd’s eyes, I can make a lot of decisions based on how, you know you can tell a lot about a person in how they’re looking at you, so I can kind of gauge my performance around that.

Barefoot:  Well, this is really great — most traditional performers have a set in mind, and they may have some room for an extended guitar solo or something like that, but not nearly as much give and take with the audience that you have.

3LAU:  Absolutely. Of course, of course.

Barefoot:  Wow, must be exciting.

Barefoot:  Do you ever try to get them up to a height, and then you just can’t get there?

3LAU:  All the time, all the time. In those moments, you have to adjust, and you have to kind of take it back, and take your own energy back, but that’s part of the challenge. That’s what makes it fun every time I play.

Barefoot:  Cool. Now you don’t take the Barefoots with you when you’re on the road, do you?

3LAU:  No, no I don’t. They’re in my main studio and I keep them there all locked up. But, you know, in the future, whenever I do take my equipment on a bus tour, I would definitely think about bringing a pair of Barefoots with me, just because they’re very much an essential piece of my music making process.

Barefoot: t makes sense, you know, because you’re going to eventually keep creating while you’re on the road. I guess you’re doing it now anyway.