BAREFOOT SOUND WAS BUILT ON THE PURSUIT OF EXCELLENCE

Barefoot Sound has become the leading manufacturer of pro audio recording monitors.  Barefoot’s innovative speaker designs have been embraced by the biggest recording studios, recording artists and producers in the world.  These professionals have chosen Barefoot as the tools they use to make the music you hear on the radio, television and movies everyday.  Barefoot is proud to boast the reputation as the most respected brand in the recording industry. 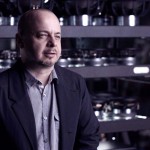 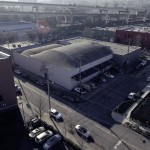 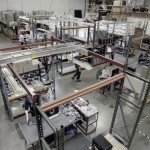 Barefoot speakers are assembled in this 8,300 square foot facility 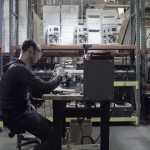 Every speaker is meticulously tested before it leaves the factory 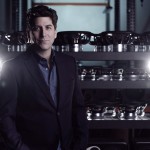 Barefoot Sound is based in Portland, Oregon where the speakers are assembled and tested.  Barefoot currently offers nine exceptional products for the Pro-Audio market including the MicroMain26, MicroMain27. MicroMain45, MicroSub45, MicroStack45, MiniMain12, MasterStack12 and the Footprint line.

Craftsmanship goes into every single detail.  We are building the quintessential design. – Thomas Barefoot

Barefoot Sound was founded by scientist, engineer and inventor Thomas Barefoot. Growing up financially challenged in Pittsburgh, Pennsylvania, Thomas loved music and dreamed of playing the electric guitar. But his family could not afford one. So at the age of 13 he set out to teach himself how to build guitars and amplifiers.

Working in his school’s wood-shop and learning everything he could from the library, he salvaged parts and materials from around his neighborhood and re-imagined them into musical instruments. He started his first business in high school, building and modifying guitars for his classmates. Thomas’ brilliant skills and entrepreneurial spirit helped him pay for university and eventually earn a degree in physics. Thomas went on to study for his PhD, but after a few years in graduate school, he realized academia was not his passion. He was a builder, an inventor, and his love for music continued to drive him. Even after landing a job at Intel developing semiconductor-manufacturing technology, Thomas never lost sight of his dream.

In his spare time he got heavily involved with the online recording community. Under the moniker “Barefoot”, his real surname, Thomas became known as an online speaker and acoustics “guru.” Through many forum discussions and practice in his home studio, Thomas began to reject the traditional distinctions between nearfield, main and mastering monitors. Thomas concluded that every job, from tracking to mastering, required the same level of sound quality, dynamic range and bass extension. He realized that an all-in-one approach to monitoring was also perfectly suited to the project studios that were burgeoning everywhere. This led Thomas to develop his first studio monitor in 2004. Having only stepped into a professional recording studio a few times, the design standards he set for himself were mostly based on an idealized vision of what studio monitor performance should be, rather than firsthand experience many existing monitors. As it turned out, the speaker he built was not only extraordinarily innovative; it also surpassed the quality and performance of some of the world’s most elite monitor brands.

Having the confidence of his online compatriots, Thomas started receiving orders for his new creation, building each by hand in his garage in San Francisco. By 2006, the fledgling business had grown so much that Thomas left Intel. Barefoot Sound stepped out of the garage and has been taking the recording industry by storm ever since. Barefoot products are expertly crafted in Portland, Oregon.