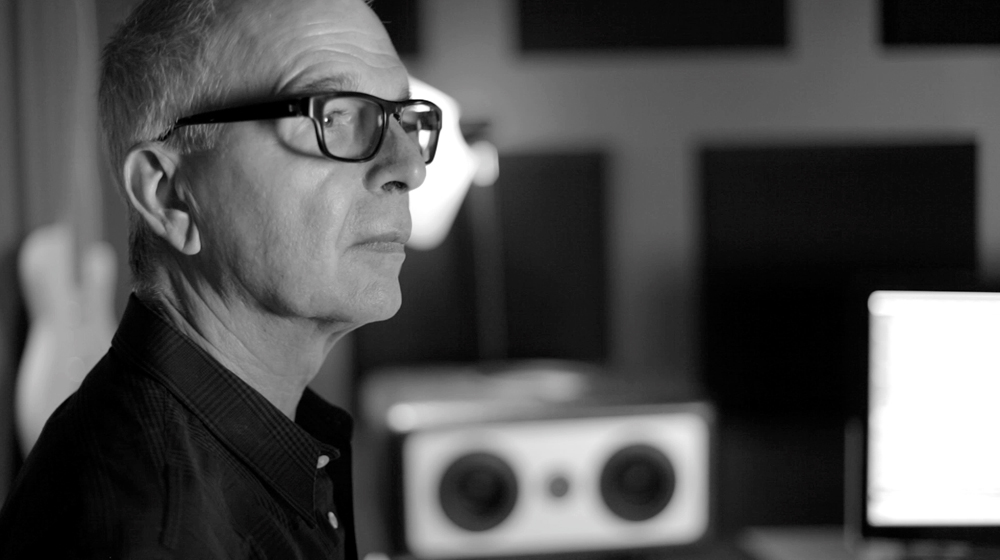 Grammy-winning producer/engineer, musician and singer Tony Visconti has outfitted his studio in New York City with Barefoot Sound MM27 monitors. “I’ve been in this studio for five years,” he explained. “I’ve added a little more equipment, including these wonderful speakers behind me but nothing much has changed. I’d like to keep things status quo for awhile.”

Since the late 1960s, Visconti has worked with a wide array of recording artists; his lengthiest involvement with any artist is with David Bowie: intermittently from Bowie’s 1969 album “Space Oddity” to 2013’s “The Next Day,” Visconti has produced and occasionally performed on many of Bowie’s albums.

“The first time I heard a pair of Barefoots was during the Sonic Solutions sessions at the Magic Shop in New York City when Butch Vig brought his own pair,” Visconti recalls. “They were on the board and at first I thought it was the in-wall monitor speakers but it was the Barefoots sitting on top of the console that I was listening to. Then I finally got it. These are great speakers and I’ve got to have them.”

“I know some monitors are very colorful; they’ll give you extended low end, and a crunchy mid-range. I’ve been deceived too many times by getting a souped-up pair of monitors in my studio. I’ve tried everything and spent years and years of research to find something that I’m really happy with.”

See the entire “Masters of the Craft” Tony Visconti interview