Candace has seen many technological changes in the industry but her commitment remains the same: to facilitate artists and all those who create music in any way possible. Her dedication and drive is what makes Candace Stewart a master of the craft.

In Candace Stewart’s Own Words

My job is completely, 100% reliant on relationships with people, and that’s from the record company, to the manager, to the artist, to my staff. So I think to be a master of this craft, you just have to be cool with people.

I managed five other studios. And the first studio I managed was Take One, my brother’s place. And the first project I ever did as a manager was Appetite for Destruction, with Guns N’ Roses. And I didn’t even know anything about them. I was listening to Roxy music. It wasn’t my thing. And they ended up being so, so successful and super, super nice guys. And we’re still kind of friends now, but this building was here long before I came. This building’s been here since the late 50’s and the records that have been done here. I mean, iconic records through the 60’s, 70’s and 80’s. The Beach Boys recorded Pet Sounds. In the room that we’re in right now, Whitney Houston did I, Will Always Love You. I mean, this room was the TV theme room. The theme for Hawaii Five-O, the music for The Partridge Family, the music for The Monkeys. And then during my tenure, that was in the Cello years, in the EastWest years, Tom Petty, Weezer, Audioslave, Rage Against the Machine. 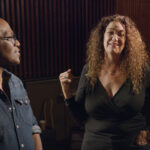 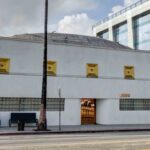 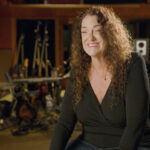 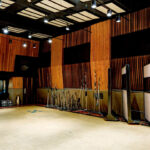 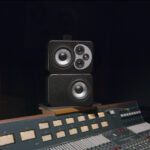 It sounds pompous, but it’s really the place, and it’s really the engineers and producers who make it happen and who make that decision. So they’re really the heroes of the whole situation. They’re the ones that appreciate the acoustics of a space and appreciate what the room can do for them, for the music.

The people that have come up as interns and rudders, and then gone on to be really successful producers, that’s super gratifying. Helping people along their path. But really just being able to facilitate music. I’m not a musician. My husband’s a great musician, my brothers are all musicians, my mother was a painter. I’m sort of, I don’t know. I guess my creativity is helping other people, I guess..

Speakers are such a subjective thing. In the very early days, we didn’t have self-powered speakers. That was an anomaly, everything had amps. But I think what stands out about Barefoot and what I hear a lot and what I personally have noticed myself is that, it’s the transparency. You’re going to hear everything there. The dynamic range of the instrument, you’re going to hear everything that the engineer and the producer meant for you to hear. And I think that’s what everybody’s really looking for. They’re looking for transparency and they’re looking for how something translates. If they’re doing a mix and they’re recording, and they go to another facility. They want to know that what they initially recorded sounds like what they intended. And I think it would bereft as what you really get. I think it’s really true.