Flaviya K. (aka Flaviyake / Duck The Bass) is a Pop and EDM producer, songwriter, DJ, and classically-trained musician with releases on prominent dance music labels such as Blanco y Negro, United Music Hits, Acapulco Music, and SoundEvolution. After winning a song contest on BBC6 Music Radio in the UK in 2014, Flaviya joined a record label in Moscow as a bilingual staff songwriter in Pop and Hip-Hop genres. In 2016 she relocated to Los Angeles where she now writes and produces songs for both emerging and chart-topping artists in addition to running her label Echos of the Future.  Her dedication and drive is what makes Flaviya a master of the craft.

In Flaviya K’s Own Words

Being a master of the craft means being devoted to your craft, exploring it in all it’s depth, and also stay open-minded. I liked electronic music because for me, it was some kind of escape from the limitations of classical music. For example, we can have multiple piano sounds, but it’s still going to be a piano. A synthesizer is like the Pi number. We can create an endless amount of sounds with a synthesizer. When people tell me that they don’t like electronic music or modern music in general, I always tell them that Bach didn’t play a synthesizer only because it didn’t exist during his era. A synthesizer is the grandchild of the organ that he played. I think that we should be open-minded and appreciate the innovations that come with technologies and how they shape the future sound of music.

Studio monitors are still very important for me as a music producer. Years ago, when I was making only pop music, I was working on a pair of very simple monitors. At that point, it was enough, but when I switched to making dance music that became a disaster, I would have to bring my mixes to a professional studio to finish them. Otherwise, they would just explode in my car. I realized that if I have to go to a professional studio every single time I have to finish my mix, then it’s better for me to invest in a good pair of monitors with a very wide frequency range that cover the low end very well. Lots of people, unfortunately, don’t understand that. I teach other producers, and very often they ask me about one to hours. They tell me that their friends tell them that it’s not important. I will always tell them that when somebody gives you a comment like that, you have to ask yourself what genres of music they make because most likely they don’t make dance music. 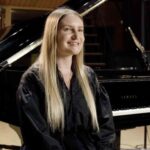 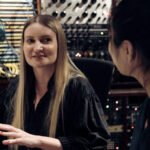 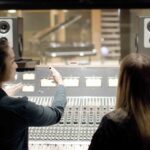 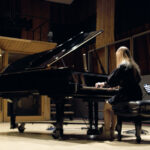 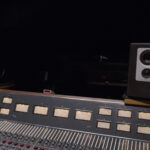 Then I heard Barefoot and I realized that they had more depth than any other monitors that I tried. At that point it was a huge upgrade for me. I was thinking that if I don’t get Barefoot, then I don’t get anything.

If you make dance music, then you need to have very good monitors because, for example, in pop music, sound producers, they cut low frequencies at 30 Hertz or 40 Hertz on default on any master. But if you make bass music, if you cut 26 or 29 Hertz, it’s going to make an audible difference. For that reason, I’m really happy with my Barefoot monitors. When I discovered them, I went to a showroom with a list of recommended monitors, but I didn’t like any of those monitors. Then I heard Barefoot and I realized that they had more depth than any other monitors that I tried. At that point it was a huge upgrade for me. I was thinking that if I don’t get Barefoot, then I don’t get anything. It’s not just a tool for music making. It’s also a tool for education because part of being a great musician or a great producer is ear training.

It is essential and lots of people underestimate that. For example, how can somebody compete with one of the greatest mixers that has a Grammy Award, for example, if they have no chance to hear their mix on a good pair of monitors? Because those mixes, they sound good on the car audio system or in earbuds. But when you play those mixes on Barefoot, it’s a whole new level of experience. The stereo image is just mind blowing. You can have so many details in the mix, even some elements you won’t be able to hear them on other monitors, even in your car. Then you’ll listen to those mixes on Barefoot and you realize that now you know what makes so special those engineers that’s received Grammy Awards and what makes those mixes so special. Why those songs become so successful all around the world. It is essential to have really good monitors.