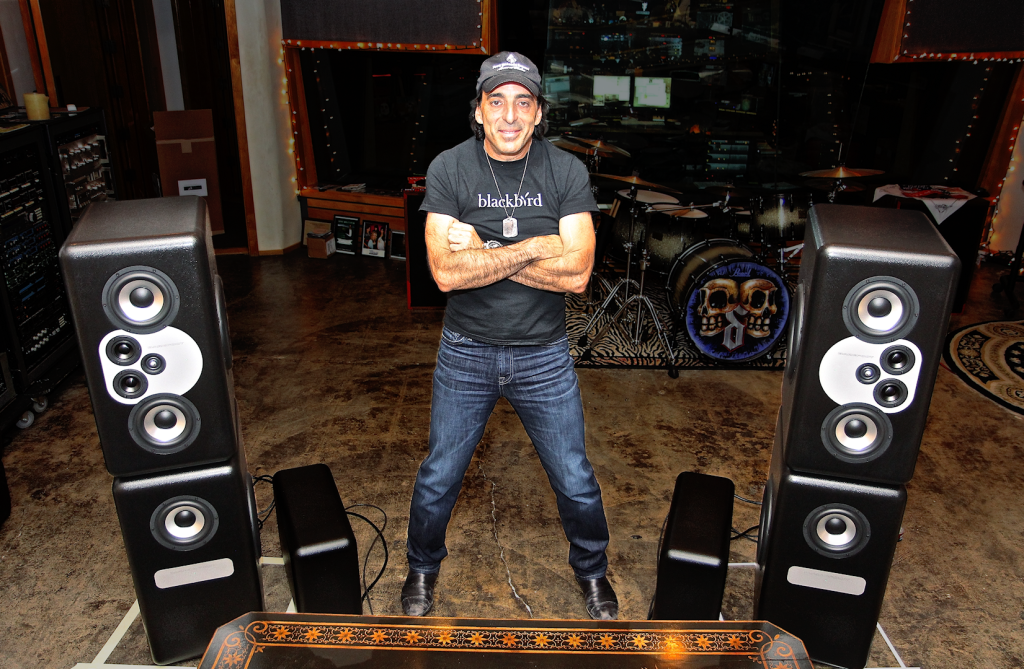 Pensado Awards co-host Chris Lord-Alge stands between Barefoot Sound Monster Stack MM12 monitors that will be featured in the VIP area of the show. Photo Credit: Brian A. Petersen

Los Angeles, CA, August 2015 – Following its triumphant 2014 debut, the Pensado Awards return this August 30 to LA’s Sony Pictures Studios lot. Last year’s ceremony hosted a standing-room-only crowd of over 600 recording industry leaders, with the live ceremony highlighted by presentations from the likes of Neil Young and Sir Paul McCartney, some as proud nominees, some as presenters, some there to simply be a part of the evening – and this year’s show is set to be even bigger.

The 2015 Pensado Awards will be held outdoors this year under the stars in Calley Park in the middle of the Sony movie lot. A VIP reception featuring Barefoot Sound Monster Stack MM12 monitors will be held on the complex’s Main Street area where guests from all levels and sectors of the recording community will mingle amidst the streets, period homes, and vintage shops made famous in the movies.

Barefoot Sound is definitely back again, this time with our MM12 Monster Stack rockin’ the joint,” commented Tedi Sarafian, CEO of Barefoot Sound.

“We greatly appreciate the big boost from Barefoot, and all the support that our sponsors and the industry is giving to our second awards show,” added Herb Trawick, producer of “Pensado’s Place.”

The Pensado Awards are a natural result of the passion behind “Pensado’s Place.” The science and art of music-making are in a rapid state of flux, with exciting opportunities awaiting the talented figures in and out of the spotlight – the people who are currently engineering the next sound that will move the world in the music, film, television and digital realms. Over 100,000 albums and millions of songs are released every year, not to mention the hundreds of thousands of concerts put on worldwide, but the awards often end up in the hands of a lucky select group.

The brilliance and hard work of many producers, songwriters, DJ’s, engineers, mixers, live wizards and behind-the-scenes technicians in audio often go unnoticed. The Pensado Awards, founded as a means of acknowledging these talented individuals and their work, are a grand opportunity for the best pros, amateurs, brands and press to come together as one community to celebrate the uncelebrated. Learn more here: Pensado Awards