In Alex Da Kid’s Own Words

“To be a master of your craft, I think the key element you need is obsession. There just can’t be something that you just do for a short period of time. It needs to be something that consumes you as a person. I’m Alex Da Kid, I make music for a living, and it’s been a good ride so far. Everything for me starts with writing, so every artist I sign, a lot of the ideas I have all just starts with in some for, just sitting down with people and just expressing our ideas. As it started that way with Imagine Dragons, they came to the studio and I really like their writing. We were like, hang on, this is starting to have a cohesive theme and this is starting to make sense, and it was very different from a lot of their stuff.

We had an amazing chemistry when we started writing and that kind of just set the tone. I’ve always been saying for a while now that I obviously love making music but I don’t want all my ideas just to be limited to a 3 minute and 30 second song. I feel like what we all do is tell stories and those stories can go beyond that. There can be song but there can also be an album, there can be a tour, there could be a festival, there could be a movie, there could be a documentary, and many more other things, so I just want to help people realize that, myself included, I want my ideas and dreams to come to market and I want other creative people that I sign or I develop to have that same opportunity. 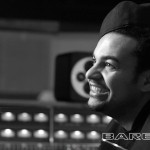 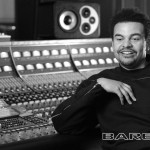 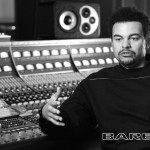 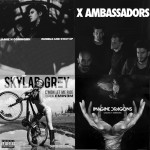 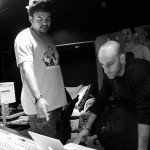 I work on my laptop a lot just because it’s easy to. I don’t get much time to have to be able to create whenever I get the opportunity. I’ll have my laptop and some great speakers so I need a monitor that is just very clean and precise and doesn’t add to the chaos I’m already creating. A lot of producers work differently, but for someone like myself, that’s what I need, because I’m adding so much stuff to music I’m making effects-wise, distortion-wise, and everything else, I need clarity, so I can’t speak enough about that.

I need a monitor that is just very clean and precise and doesn’t add to the chaos I’m already creating.

What surprised me about them was most of the time, when I use monitors, it takes me a while to get used to them in the room they’re in, and the first time I put these guys in my office, it was like I was just already acclimatized to them. It was strange. It’s never happened to me before. It was like there was no, normally I’d have to listen to a ton of prerecorded albums and stuff that I know and get used to everything, and I didn’t have to do that with these. Yeah, I mean, I just really think they just give a real representation of what is being played and it just helps me create.” – Alex Da Kid, GRAMMY-Nominated & Multi-Million Selling Record Producer