Multi-GRAMMY Winning Mix Engineer, Manny Marroquin has had his hands and ears on nearly 250 million records, 40 #1 hits and 100 Top 10 albums with artists that include; Eminem, John Mayer, Miley Cyrus, Kanye West, Lady Gaga, Rihanna, SIA and The Rolling Stones to name a few. His vision and technical savvy combined with immense creative ability have made Manny a true master of his craft.

In Manny Marroquin’s Own Words

To become a master of your craft, you’ve got to be passionate about what you do. I think there’s a lot of people that get in this business for the wrong reason.

You’re work ethic has to be there to keep perfecting that craft.  You gotta make sure that, when you face adversity, you’re able to adapt to it. 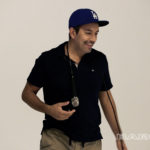 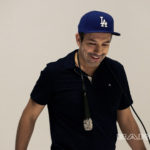 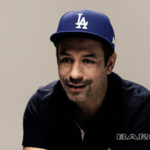 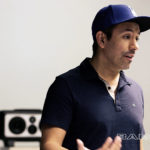 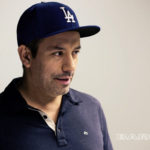 In the art form of mixing, I feel it’s not only what comes out of the speakers at the end of the day, as the journey and how to get there, and we’re always looking for inspiration

I used to say, I can mix anything from Leon Rhymes to Busta Rhymes. I try to be a chameleon to whatever they are giving me. I’m just a fan of music, really.

I think it’s the best time to be a producer right now, and you can do everything in your basement, in your bedroom. You can have quality equipment that will get you from a) to b) and I think the tools today are better than ever.

In the art form of mixing, I feel it’s not only what comes out of the speakers at the end of the day, as the journey and how to get there, and we’re always looking for inspiration.

I think the key is, the studio monitor. Does that monitor inspire you? Whatever I drive in to it, i gotta be able to get influenced with what comes out.

And you have to be able to push it a certain way that, you know it’s limits, and you know what you can do with it.

Barefoot Sound. The very first time I heard about it, it was at a trade show, and I saw these monitors that looked different from everything else, and then I was at a studio in San Francisco, and this guy had them, and he was raving about them, and he played me a mix through ’em, and I just immediately fell in love with them because they were just powerful. They were punchy. They were musical. They were not too pretty, but yet not too raw. All the things that I look for in a monitor.

I can really, really turn them up, or, I can turn them way down when I’m writing vocals, when I’m doing intricate rides, I can really turn ’em down and hear everything, and that’s pretty special. There’s not a lot of monitors that you can do that with. – Manny Marroquin, Multi-GRAMMY Winning Mix Engineer