In Zac Brown’s Own Words

“Being a master of your craft, I think it’s about trying to become a master. I think you spend a lifetime trying to do that. I don’t know that that’s something that you can ever self-proclaim. Being successful on our path and being blessed along the way has been tremendous. You want to work as hard as you can to try to be a master of what you’re doing.

Perseverance is the greatest asset that you can have – to really just kind of know what you’re doing and not listening by or be swayed by negativity. Surround yourself with positivity and good karma and be as good a person as you can be. 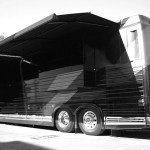 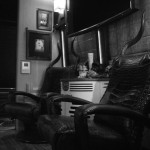 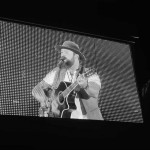 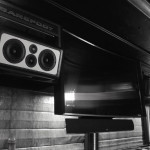 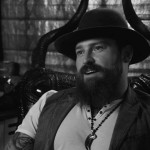 I’ve never owned a bus before so this was the first one. I’ve spent about a year designing it. I’m an artist and my career is about the pursuit of excellence. Gear is really important to capture the real emotion and sonically the music, on the level that it deserves. It’s a privilege to have Barefoot come in and help me pull this off, on my bus. Just the result of that, we’re making an all-electronic record right now and we make it all on the bus. We get on the road after the show and we pile in. We can actually reference in here exactly what it sounds like. We couldn’t do that on here without the Barefoot rig.

Barefoot’s pursuit of excellence is the same as mine but in the audio world. Creating the most incredible studio speakers that exist.

Barefoot’s pursuit of excellence is the same as mine but in the audio world – creating the most incredible studio speakers that exist. I found out about it… I should give props to Butch Vig. Butch was recording at my studio in Nashville, doing the Foo Fighters record there for Sonic Highways. He carries a pair of Barefoots with him everywhere he goes. To be flying around and carrying your own around with you… And just knowing that was the deal… Then I kind of started listening and reached out and here we are.

We have the baddest bus in the world! And the sound system is on ten.” – Zac Brown, Multi-GRAMMY Winning Artist & Musician