Recording artist/producer, BOYS NOIZE has created his own sound that is equal parts technicality, tone, vibe and excitement. This is why he was voted amongst the Top10 `DJS WHO RULE THE EARTH” by Rolling Stone magazine.  His body of work has established him as one of the world’s preeminent DJs, having played the world’s biggest stages alongside the biggest names in dance music.

In BOYS NOIZE’s Own Words

To be a master of your craft you have to really know what you’re doing. It’s a lot about the progress of learning and understanding, constantly trying out new things with it.

All of that curiosity got me into where I’m at right now with modules and synthesizers and the same was with my programs before, using logic, or using plug-ins. I just get really into it and trying to understand it. 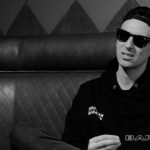 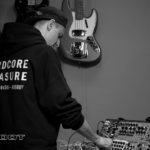 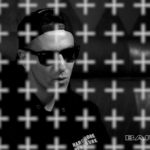 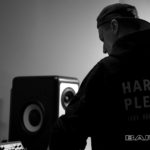 When I’m the studio I would just play around with a new drum machine I just got or a new plug-in that I got into or a new module, and I would just jam until I hear something amazing, and then go from there sort of building from one sound to another.

I’m always interested in pushing electronic music towards a different crowd or towards a different style. Like, taking those elements and presenting it in a different way. That’s what’s always been driving me, is like using sounds from a more niche kind of like nerdy thing, but put it in a context of something else.

There are definitely a few ingredients that will stay forever. For instance, house music. The house tracks people used to listen in ’88. Basically are still as relevant. With my music, I try to capture a little bit of that. Like, to, to create something that is not set to a certain area of time. Trends come and go and styles come and go, but I feel like those classic elements of house and techno and electro, a great beat, acid, there are just a few things that would always come back. I see a lot of producers, after a certain point they go in that kind of direction, going into house, more of a techno kind of vibe.

The studio monitors are a very important part to create music. There’s two ways of looking at it. On the one side, I want to hear frequencies that sound annoying, because a lot of times when you record something, and it can be more acoustic situation where you record vocals or drums, and you hear those frequencies that are just unnecessary, a good monitor will tell you those frequencies. They are like the truth, basically. When you mix down you wanna make room for each sound to exist in its own world without clashing too much, so you can hear the true frequency range of a sound and then decide what you need to take out in order to make it work with another sound.

I’ve had situations where I work with other monitors and it takes me days just to fix the drums. If I had maybe a different pair of monitors that will show me the true signal, then that whole process would be way faster and less annoying.

My friend Dave Switch showed me the Barefoots at a pretty early stage. I think he was one of the first guys here in LA that had them in on. I was just pretty amazed because, first of all, the range of frequency is crazy. Normally, when you look at that size of speakers you get monitors that will go maybe to like 40 hertz, and that’s already good. Then, they start to hurt when you turn them off. Like, the mids start to be annoying, or something like this. When I heard the Barefoots I was blown away when I heard them. – BOYS NOIZE, German Recording Artist, Producer & DJ