Cold War Kids’ Nathan Willett has an instantaneously recognizable sound to millions of indie rock fans all around the world. From his dynamic vocals to his gospel-inspired piano riffs, Nathan’s tone is distinct and mesmerizing.  Having toured for decades and releasing 7 studio albums, he knows the tools he needs to achieve the artistry and production level he demands.  This dedication makes Nathan Willett a master of his craft.

In Nathan Willett’s Own Words

Being a master of your craft just means you know what it is you’re going for and you just go there full steam. 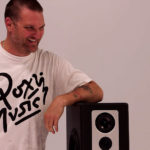 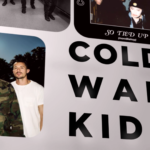 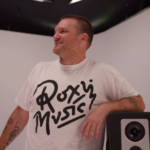 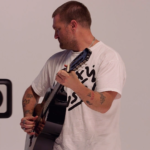 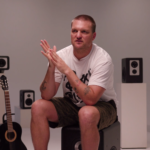 For me as a writer and a musician, I’m glad that I have all these tools but I also know what it is that I like and what I wanna do with it..

Music, as a career, was such a thing I didn’t even know anything that had made a career in music growing up. For me, it came late. I was 25 when we started playing and started touring and realizing that it actually could be a career.

We were lucky from the first record to have a specific kind of sound that was a very Cold War Kids sound. I don’t wanna stray too far from it, so I wanna write the best song that I can within the parameters of that piano and that bass and the voice and how it all works together in forming that certain kind of energy that Cold War Kids has. I wanna write the song that has all those elements that we had from the start.

I think, in a lot of ways, the production is so much more accessible, therefore it’s a lot easier to crank stuff out, but it is important to still have a perspective, to have taste and a voice. For me as a writer and a musician, I’m glad that I have all these tools but I also know what it is that I like and what I wanna do with it.

Because of the way that we make records now, having a great studio monitor where I can be at home and listen to mixes and just to know that what I’m hearing is, in some ways, gonna be the best case scenario that anybody’s gonna hear. You wanna leave it open to knowing that it’s gonna be a different color in a club or in the car on the radio. You just want that clarity. In a a lot of ways, knowing this is the clearest version that anyone’s gonna hear this music through, yeah, it’s important that you have that clarity.

I first learned about Barefoot speakers through our producer, Lars Stalfers. He uses Barefoot. I have those Barefoot MicroMain45s. It’s just so great. As an artist, I’m not gonna be doing the meticulous side of mixing, but it just helps me to know that everything is there and this is the best case scenario of how this music is gonna sound so I can feel confident that what I’m hearing is the full picture.