Few producers in music can rival the pedigree and resume of Grammy-winning producer, mixer, songwriter and multi-instrumentalist Greg Wells. The man The Police’s Stewart Copeland once dubbed “the studio Swiss Army knife” for his wide range of skills has crafted hits on more than 125 million units sold, from the worldwide smash soundtrack of The Greatest Showman, Taylor Swift, Twenty One Pilots, P!nk, Keith Urban, Adele, Deftones, Katy Perry and OneRepublic.

It is this diversity, versatility and musical fluency that continues to make him a master of the craft.

In Greg Wells’ Own Words

Being a master of the craft of music or record making is still… It’s a thing that I’ve just not quit doing. I’m chasing this thing that I was trying to find as a kid and I think that if you’re lucky enough to find that kind of thing and you’re dumb enough to not quit, people eventually will consider you a master of it.

I feel like the script for the movie, metaphorically in terms of record making, that’s everything. George Martin, the Beatles producer, would say the sound of the record is the songs that you pick to record. That’s the sound of the band or the artist or the record. And I feel like with a movie, if you have a really fantastically written script with a great idea, you really can’t make a bad movie. If you have a not great script, but you’ve got the biggest budget and the hottest director and the hottest actors and the blah, blah, blah, blah, blah, you’re not going to make a great movie. It’s impossible. 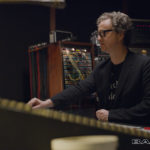 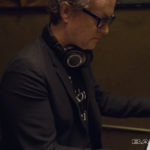 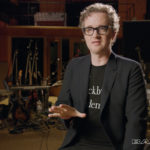 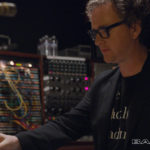 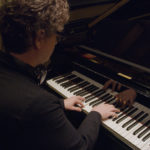 I need something that’s going to tell me the truth and give me a result.

So, in rooms like this here at EastWest Studios where I through the 90s was hired as a studio musician working for other record producers, I always noticed that we were done by 3:00 in the afternoon with a total of two takes. When the song was great, when the song wasn’t great, we were still here at midnight scratching our heads. Everyone pulling their hair out, what’s wrong and it was usually the song or some part of the song had a road bump in it or a flaw or just the writing wasn’t consistent from top to bottom. That’s the thing that’s helped me become a better songwriters. Just the hundreds and hundreds and hundreds of really not fantastic songs that I’ve helped create. And just learning from that and being crazy enough to not quit.

So I’m a weird animal with headphones and speakers. I don’t really like any of them because I feel like you have to acclimate to whatever it is. Lots of my friends have Barefoot monitors. I’ve worked on them in other studios a lot. I have never used them until recently got a pair of the new Footprint01 monitors. I need something that’s going to tell me the truth and give me a result, a cake basically, that comes out of the oven that I love the taste of when I eat it if that makes any sense. I really did have that experience with the Footprint01 more than once at this point, and that’s what I need. I need stuff that I can depend on. I need stuff that is not lying to me.