Kenny Larkin aka Dark Comedy is an American techno producer from Detroit. He has been described by Allmusic as “massively influential” on American, British, and German techno. To this day Larkin is perpetually touring around the world and producing tracks in his Los Angeles studio. His long career and insatiable pursuit for perfection makes him a master of his craft.

In Kenny Larkin’s Own Words

To be a master of your craft is to live, sleep, breathe what you do, to study the greats that came before you, to learn the trade anyway you can, listen to people that you look up to, listen to their stuff. Try to duplicate what they do in your own way to get inspired and to put your own little spin on it. 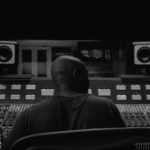 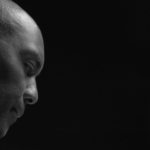 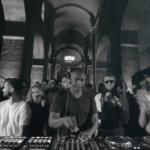 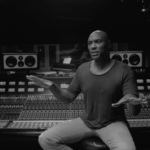 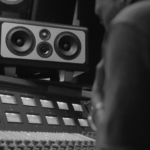 I was literally blown away by those little speakers, how amazing the bass was and actually the whole range

I actually went to the Air Force in 1986 and then came back and heard this weird sound in the clubs, electronic sounds. Didn’t know what it was. I was used to Kraftwerk and those kind of bands that did music with synthesizers, but never did I hear this type of dance music type stuff. Anyway, I hooked up with a guy named Richie Hawtin who was actually DJing in downtown Detroit at one of these clubs and we became friends and found out that once I started going to these clubs that the music was actually coming out of the city. Everything that you hear today on the radio or EDM is kind of like a removed version of dance music that started in Detroit. A lot of these top DJs, EDM DJs they look to us as their influences, so, yeah, that’s how we started.

Takes me a while to write music. Even though I do dance music, I still take pride in trying do something that’s going to be considered different than what you actually hear on the radio or on whatever these other artists are doing, electronic music artists. The inspiration can come in two hours and you finish the track or sometimes it could take days or sometimes it can take months. It’s literally like that for me. I can’t go in and just turn on gear and do a drum pattern and just go off that drum pattern. It’s really all about feeling for me.

I heard about Barefoot Sound on the forums. I was looking for some new monitors, so I started there and I started redoing the whole studio. I heard them and fell in love. I was literally blown away by those little speakers, how amazing the bass was and actually the whole range. They’re going to give you what you put into them. If you’re doing some nasty sounding stuff, it’s going to reveal that and that’s another thing that’s obviously important. But, yeah, the size and the technology that’s behind these speakers are amazing, especially with the dual woofers, which cancels out all the vibration, which is amazing.  – Kenny Larkin, American Techno Producer & DJ