Having independently released music that has amassed over 2 million streams on Spotify, performing live all around the world and producing her own tracks, Linda Lind is one of the most versatile artists in dance music.  When Linda is not performing she spends her time in the studio writing, recording and mixing.  Her dedication to and passion for music makes Linda a true master of her craft.

In Linda Lind’s Own Words

Being a master of your craft requires tons and tons of work. And I don’t think you’re ever done. Because if you’re content with where you are, you’re never gonna get better. They say it takes at least 10,000 hours and I think that’s very true. 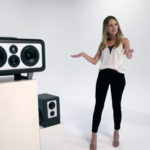 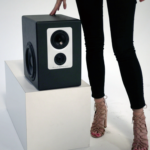 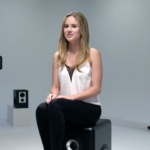 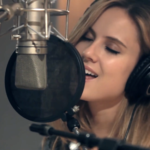 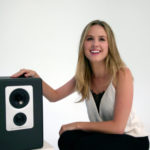 I was about six years old when I did my first performance. And just being on stage singing in front of a crowd. I knew that I wanted to do that again. And that was my first introduction into music. So, I started singing, and then that evolved into more production, and then writing.

Sometimes I start with a production idea. I’ll just have a little melody thing. And I’ll just sit at the keyboard and I’ll put that down, find a cool sound that I like, and then I’ll go from there. Other times, I might have a song idea. I have a melody and a lyric, and I’ll just write the whole song on piano.

Some of my best ideas come and the car. You spend so much of your time driving when you live in LA. And I’ve gotten in the habit of just, I’ll make little simple tracks. And I turn them on when I’m stuck in traffic and just have them on a loop. And I just improvise on top of them.

My experience with the Footprint01’s have been really good so far. My studio space is very limited, that I have at home. It’s not a very big set-up. I just have the things that I feel are necessary for me to produce. So, I have my Footprint01’s. And I have a great interface, nice microphone, my laptop, a keyboard, and that’s pretty much it. They’ve been great because I can’t be very loud in my space. I have to respect my neighbors. So, I feel like they’ve been so accurate on low volume. I’ve just noticed a huge difference in how they come out, where they almost sound ready to me, even just from my production, because the Footprint01’s translate really well. I’ll have it on a low volume when I’m producing, and I can still hear the bass. I can hear the top end. I can hear the mid-range. So, I know where to place things. So, even while I’m producing, I’m mixing as I go. And I start panning things, and EQ-ing it and compressing it, and just leveling things to where I think it sounds good. And then I’ve noticed that it just translates in the car and in my earbuds or my headphones. It just already sounds great. Everything seems to sit really well. So, it’s helped a lot in the production process. – Linda Lind, Recording Artist & Producer