While prolific guitar sideman Pete Thorn may refer to himself as a “guitar nerd” – his resume proves he’s anything but. His effortless, dynamic playing has landed him onstage alongside such legendary artists as Don Henley, Chris Cornell and Melissa Etheridge among others.  Beyond his onstage and studio chops, Thorn has taken to demonstrating guitar gear and accessories on his wildly popular Youtube channel.  Pete’s dedication and his seemingly endless work ethic makes him a master of his craft.

In Pete Thorn’s Own Words

With people that are really talented and passionate about what they do, it’s almost like it owns you. You don’t know how to do anything else. It’s like you, you’re not going to work then. And it’s much easier to put the time in if you actually love what you’re doing. 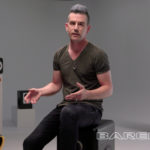 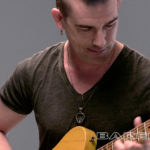 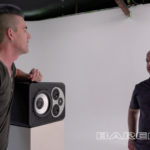 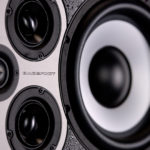 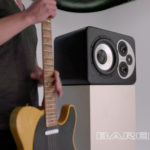 What I find, especially with these MicroMain45s that I’ve got now is that it’s like, you can just trust your instincts and mix,

I can remember the day I decided to be a professional musician. I was like 14 years old, I think, and I was home from school. And I was actually flipping through, I think it was the Musicians Institute catalog, and I was like looking at it and going, “I want to go to GIT (Guitar Institute of Technology) and learn how to play guitar like a … ” You know … That was when I set my mind to it. It was like, “I think I’m going to go to this school. That’s what I’m going to do.” And then I, when I was 19 I left and moved to L.A.

Inspiration comes from a lot of places these days. You’ve got this sort of media onslaught, you know, whether you’re on your phone looking at Instagram or Facebook or some playlist or something that, you know, it’s just like if you keep an open mind, you know, turn off the phone, shut down the computer and just have some quiet time.

As far as creating music, I find sort of streamlining from point A to point B is, is really important. So, I like to have a studio where things are like within arms reach and really simple to get ideas down and started. You know, I’ve got a template that I pull up in Logic that’s got some of my favorite sort of software drum instruments ready to go. It’s got channel strips all ready to go, so I can start tracking guitar. You know, whether I’m using like a, you know, a real guitar amplifier and miking it up, or maybe I’m all the way through to doing like modeling with a plugin or something, I like to have all that set up and ready to go so that I can just start tracking instantly.

You know, to me it used to be you had to learn the sound of your speakers. And then you had to get comfortable with that and mix to that. So it was like, almost like you were, you were working to the built-in deficiencies of whatever studio monitor you were using. So let’s take the classic, you know, nearfield monitor with the white drivers. You know, people used to tape a, a tissue paper over the, the, the tweeters in those speakers to try and tame the high end. Literally on some of these speakers, you know, what you had to do was like make the guitars cutting your head off, like bright, and then mix the bass so that it was like sort of barely audible. And that’s when you knew your mix was balanced. You know, if you mixed it, uh, uh, tried to make it sound good on those speakers, like so that everything was in balance, your mix would come out really wooly and bass heavy.

What I find, especially with these MicroMain45s that I’ve got now is that it’s like, you can just trust your instincts and mix, you know, get a balanced mix going, put everything in its place, you know, in the stereo field panning-wise, use your plugins, use your EQs, and get everything totally balanced and sounding great on those speakers and just trust. And then what I’m finding is that it’s going to translate really well, on whether it’s, you know, listening on earbuds or in the car, it just seems to work. So I love that.

And it’s, it’s funny because it’s like you almost have to let go that traditional thinking of like, “I need to l-, you know, basically mix to the sound of my speakers.” No, you don’t. It’s like, you can just kind of trust with the MM45s and go with your instincts. And it seems to work out really well.