Randy Jackson is an American bassist, singer, record producer, entrepreneur, and media personality. Jackson began his career in the 1980s as a session musician playing bass guitar for an array of jazz, pop, rock, and R&B performers. He moved onto work in music production and as A&R at Columbia Records and MCA Records. Jackson is best known from his appearances as a judge on American Idol and playing bass for the iconic rock band, Journey.  Always moving with the times and creating new opportunities for himself and people around him makes Randy Jackson a master of his craft.

In Randy Jackson’s Own Words

To me, to be a master of your craft means that you’ve studied, you’ve done all the homework, you understand explicitly what you’re trying to do.

Luckily that I grew up in the south, in Louisiana, where music is so ethically rich and there’s some of everything. It has its own styles of Zydeco and Dixieland and all sorts of Creole music. I soaked it all up and I never knew how far it would take me, but I was just this sponge, I wanted to become the best. 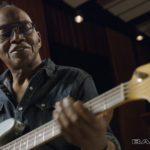 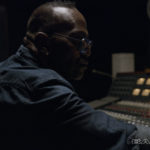 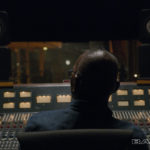 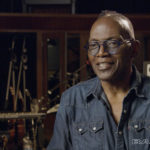 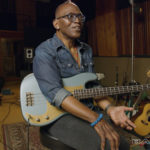 The Barefoots did it from me, they blew me away.

My process was, let me become the best musician I can. Let me learn everything that I can. Let that process guide me so that I understand what production is. I understand what songwriting is. Because, before you can just call you self it, a lot of people use that in perception only. I’m a producer. I’m a writer. I needed to really be authentically that, so I needed to learn everything I could about music so that I could really offer some expert advice to people trying to move forward.

One of my more prouder moments in the industry was sitting in a studio and us working with a new artist by the name of Whitney Houston. And no one really knew who she was, and we were recording this song, and it became her first big hit. How will I know?

For me, in a studio monitor, over my lifetime I must have tried everything ever made. I remember, I was at Hinton, where I had a room for a long time, another great studio here in LA. Don Was was in the recording with a guy that I sort of grew up with in Italy, Zucchero, this Italian Pop Star and I remember hearing these speakers, and I go, “Don, what are those?” “Aw, those are the Barefoots man. They’re amazing.” I kept listening to them, exactly what I wanted and what I look for in the speaker.

I need clarity, pure sound, that’s real, not too hyped on the top end or the bottom end. Not a weird shape EQ, like a lot of these speakers have a bone shape EQ. I needed something, the response was true, clear, but still sounded good. Because sometimes you’ll get true and clear and it still sounds like crap because you don’t hear anything below a hundred cycles. I needed some bottom end. I needed everything. And I needed clear bottom end without a sub. I knew with the sub I could cheat and find it and get it and feel it. The Barefoots did it from me, they blew me away.  – Randy Jackson, Bassist, Producer & Media Personality