With a music career that started at the legendary Trident Studios in London’s Soho district, Mark Spike Stent earned the reputation of being one the most sought-after mixers in the world. Defining mixing in the 90’s the same way that legendary American mixer Bob Clearmountain defined mixing in the 80’s. Spike’s unparalleled technical knowledge and ability to continue to be one of the biggest recording industry professionals in the game year after year makes him a true master of his craft.

In Mark Spike Stent’s Own Words

For me to be a master of your craft is just something over time, you’re always evolving, always learning, always changing. You’ve got to be aware of everything that’s happening around you all the time and being willing for change. I’ve been doing this for like, I think, 37 years now, started in ’81. 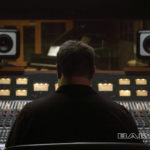 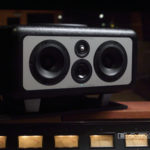 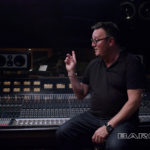 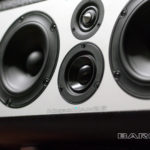 I’ve always felt it’s important to work with new artists, developing artists, and I think we’ve been true to that throughout my career.

I’ve been lucky enough to work with some of the biggest artists in the world, and be involved in some incredible songs, and help artists create what they have in their heads. I’ve always felt it’s important to work with new artists, developing artists, and I think we’ve been true to that throughout my career. Different genres as well. I think that’s always good and fresh because you take ideas that you learn from each one and put it into just whatever you’re doing that day or you feel inspired by them.

The most difficult thing to get right in a studio monitor is the bottom end because what I’m after it’s something that’s tight and accurate and if it’s too flattering or if the speaker’s too bright, my mix is gonna be bass light and dull. It has to be really accurate and also the imaging is really important because of the way I mix is I try and place things in the stereo image and if I’m not feeling the imagery right on the speaker, then the mix is not gonna be good. I first heard about Barefoot Sound in about 2006, I think it was. I think I was working on a Maroon 5 record at the time and then I bought a pair two years later. So the mid range has really become very focused. But the bottom end’s a lot tighter now for me and it’s all very personal. You fill this room with a group of engineers, everyone’s gonna pick different kind of things that they like and what they want, what they’re looking for. But for me, this monitor is brilliant.