In Travis Barker’s Own Words 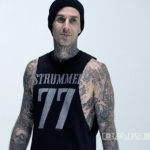 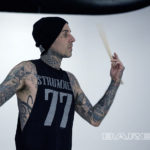 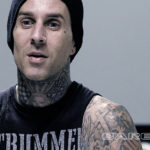 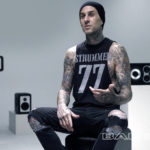 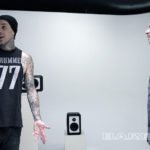 I knew music was a career for me by the time I was in high school. Everyone I skated with was learning how to play guitar or bass, or sing. I’d already been playing drums since I was like four. I had already given up on trying to be a professional skateboarder and I realized I was way better at playing the drums than I was skateboarding.

I draw inspiration from everything. It could be just an experience, just a life experience. It has nothing to do with music. I could listen to a jazz record, a Buck Owens record, a Johnny Cash record, even the programming on EDM records, trying to figure out those drum patterns on a drum kit that normally wouldn’t be played on something like that. I kind of draw from everything.

I was raised on Miles Davis and Chick Corea, and I would listen to the Farside, and then I would go listen to Minor Threat. I always loved having everything and knowing a little bit about everything. Then it’s funny because as I grew older and in my career as a musician, I felt like I’ve really been able to jump in multiple genres and know them really well and not box myself in because I would get really bored playing the same genre of music over and over again.

My process for writing at my studio could just be marching drums in quints and shakers and all percussion. Another day, I could be on the machine just building a beat, or collaborating with someone on Ableton, or completely live drum kits. It just depends on the project and what it calls for.

I first saw a Barefoot Sound speaker and my jaw dropped

What I look for in a studio monitor, especially if I’m just using studio monitors and I have a setup that I take everywhere with me that’s kind of a mobile setup, just something versatile. I work on a lot of different projects. It could be a Transplants or Blink album, and in the same day, something for my solo album that’s like a hiphop project. So, I need something that’s versatile, that’s not just bass-heavy, that rock music sounds good out of, but at the same time, if I challenge it, it has some kind of sub, and not tap out. Versatility, I think, is the main thing I look for.

I first saw a Barefoot Sound speaker and my jaw dropped. We were working on the Blink album and John Feldmann was trying out all these speakers. I said, “I don’t even care what those sound like. They look so amazing.” Then I started playing a bunch that I was working on through them and I was just in awe. Barefoot Sound was the best first impression and lasting impression for me. – Travis Barker, Musician & Record Producer